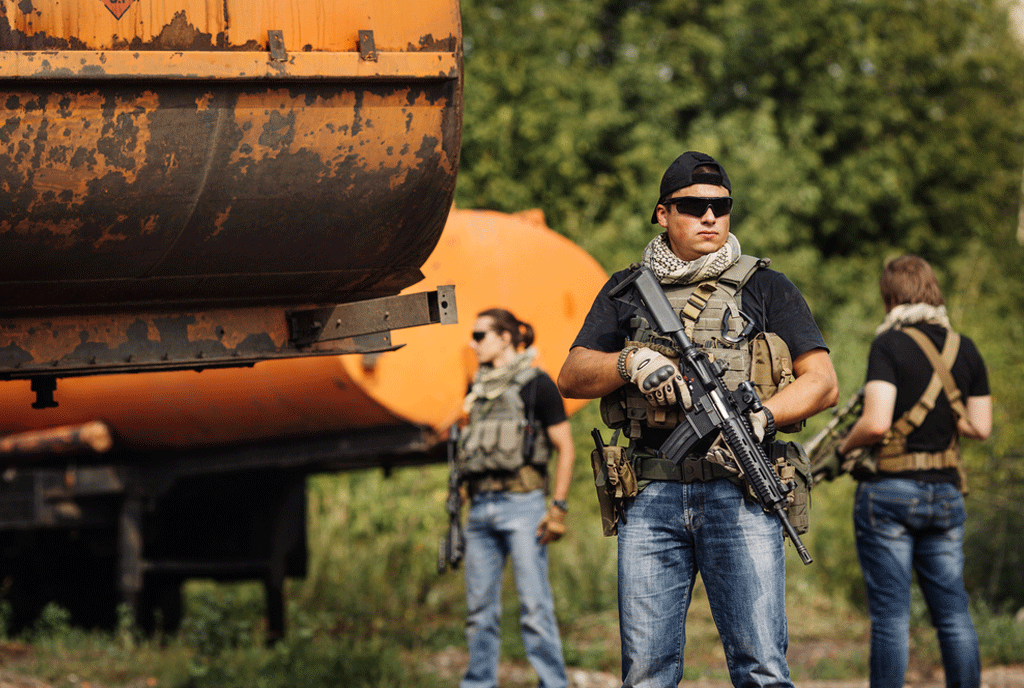 As the Obama Administration winds down in the coming months, much ink will be spilled in the discussion of the President’s legacy in foreign affairs in general and military matters in particular. One thing is beyond dispute: Today’s military is more dependent than ever on military contractors, especially in the “overseas contingency operations” (DoD-speak for “wars”) in Afghanistan and Iraq.

These numbers are incomplete. The Department of Defense almost never releases information about military contractors when announcing troop deployments, and on the rare occasions when reporters ask, officials usually either dodge the question or outright refuse to answer. Moreover, the DoD keeps a tight lid on contractor operations. There are contractors who are fighting and dying in-country who work for the State Department and other agencies, and there is basically no effective tracking system. Senator John McCain (R-AZ), Chairman of the Senate Armed Services Committee, recently told Acting Army Secretary Patrick Murphy that “We look forward to the day you can tell us how many contractors are employed by [the DoD].”

There is also uncertainty about the makeup of these contractors. One industry group estimated that less than a third of contractor fatalities between 2001 and 2010 were U.S. citizens. Whereas servicemember casualties are immediately reported and the details are generally made public, the Department of Labor estimates that 68% of military contractors fail to report casualties in a timely manner, or in some cases, do not even report them publically at all.

This secrecy spills over into the political arena. In the twenty-eight Presidential debates held thus far in this election cycle, military contractors have only been mentioned one time by one candidate.

Boots on the Ground

So much for the big picture. What is it really like to be a contractor in a war hazard zone like the ones in the MENA (Middle East and North Africa) region?

Prior to March 31, 2004, very few people, other than contractors themselves, knew or cared very much about the duties they perform and the way they go about their jobs. By that time, significant numbers of contractors were already in-country. They had arrived several years earlier because the CIA needed help in its war against the Taliban and the military was unavailable. But on that fateful day, a familiar one to many people, four American contractors guarding a shipment of kitchen supplies in Fallujah were ambushed and killed. In a graphic display, their bodies were set on fire, dragged through the streets, and suspended from a bridge, all in the presence of cheering crowds.

So, what is being a contractor really like? Some are drawn to the profession by promises of high pay, while others join up out of a sense of duty. Lloyd (not his real name) came to Iraq because he wanted to be a millionaire, and at about $750 a day, he did not think it would take long. But between frequent layoffs and extended down time, he says it has been “two steps forward and one step back.” Lloyd says he has some money saved up, but not nearly as much as he had hoped. With no pension, no insurance, and a pregnant wife, he says he is worried about the future.

Carter (not his real name) tells a somewhat similar story. Carter left a SWAT team after 9/11 to go overseas. He was also making about $750, at first. Then, the increased demand meant more competition and a diluted talent pool, so wages dropped to $500 a day and even lower. Nevertheless, he is thinking about going back after being stateside for three years because “every day [my friends who are still deployed] are a part of something that matters, [and] every day, I sit behind a desk and do nothing.”

Being a contractor is not easy, but you are not alone. If you are injured while on the job, the Defense Base Act provides compensation for your lost wages and pays your medical bills. DBA attorneys generally talk about seven phases of a DBA case:

In all these areas, the insurance company is not on your side, so it is vital to have an experienced advocate in your corner.

If you were hurt while serving overseas, contact us today to learn more about DBA benefits.

What is it Like to Be a Security Contractor?