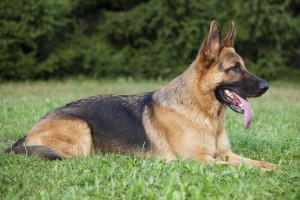 Stressful situations can have a heavy impact on a person’s mind. While it is common knowledge that the stress and danger that come from working in hazardous environments, such as a war zone, lead to the development of cognitive diseases like post-traumatic stress disorder (PTSD), veterans are not the only ones that are at risk. In fact, recent studies have shown that civilian contractors are more at risk for developing PTSD than military personnel. While it can be difficult to adjust to daily life with the stress and trauma that comes from working in hostile environments, all is not without hope. Fortunately, we have come a long way in our understanding of how the brain works, and how to better help individuals dealing with PTSD.

Generally, post-traumatic stress disorder is something that may occur after an individual goes through a traumatic event. Such traumatic events typically involve experiencing a shocking and terrifying incident. During a traumatic event, an individual may feel as though his life, or the lives of others are in danger, and he may even feel as though he has no control over what is happening. While stress-related reactions are common after such events, not all reactions lead to PTSD. While there is no way to pinpoint who will or will not get PTSD after a traumatic event, there are a few factors which can indicate the likelihood a person will suffer from PTSD, including, but not limited to:

Symptoms of PTSD can include reliving the event, having continuous nightmares, avoiding situations that are similar to the event, negative changes in beliefs and feelings, and feeling jittery or irritable. These symptoms can occur at any time, and are usually triggered by a familiar noise, smell, or sight. In addition, for some people, these symptoms may not even begin after the traumatic event, and may even come and go over several years. While PTSD can seem like a random affliction that strikes at a moment’s notice, disrupting an individual’s life, psychologists have identified several ways to help treat PTSD.

Just as PTSD can have a variety of symptoms that can impair a person’s life, there is an equally broad variety of forms of treatment available to individuals who suffer from PTSD. Different types of treatment can include:

Working with a service dog can provide a number of benefits to individuals with PTSD. While there have been no strong studies relating dog ownership to recovery, service dogs can help owners adjust to daily life, and are generally used to work with individuals who suffer from permanent disabilities. Generally, in order to be categorized as a service dog, a dog must go through training in order to perform tasks that are different from normal dog behavior, perform tasks that the handler cannot do, and learn to work with the owner to help manage the owner’s disability. In fact, a recent study, which was launched in 2008, has shown that working with a service dog has helped veterans deal with PTSD, by easing tension an individual may feel, and by providing victims of PTSD with a constructive and safe means to open up and communicate.

While it is generally harder for contractors who have been injured overseas to obtain a free shelter dog, there are organizations that do provide such opportunities. In order to obtain an animal for coping with PTSD, a military contractor would first need to obtain documentation of the PTSD, which can be a difficult task. Once the contractor has the appropriate documentation, he would then need to contact one of several organizations that train service dogs. While there are methods available for veterans to obtain a free service dog, because contractors did not directly serve as employees of the government, they are generally excluded from obtaining the same offer. However, there are several organizations that connect individuals who suffer from PTSD with service dogs. While the training period can be a bit extensive, the benefits of working with a skilled service dog can lead to better things for an individual with PTSD.

Service Dogs for Contractors with PTSD