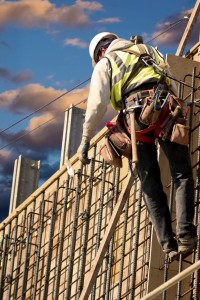 In any workplace there is a risk of injury, regardless of how dangerous it may or may not be. There are some types of work, however, that carry a greater risk of danger than others. Generally, for domestic workplace injuries, an employee will need to be engaged in the business of the employer at the time of the injury in order to obtain workplace benefits that stem from the injury. Interestingly enough, however, courts have established a general rule expanding the rights of certain overseas workers.

The Zone of Special Danger

While most people think of the battlefield and gunfire when they think of dangerous overseas areas, the truth is that there are many dangerous workplace areas present overseas. Fortunately, the Defense Base Act (DBA) was set forward to assist injured veterans and other employees when overseas.

While the DBA does provide protections for injured veterans and other overseas employees, it wasn’t until the 1951 Supreme Court case O’Leary v. Brown-Pacific-Maxon, Inc., however, that the Zone of Special Danger was first established. In this case, a contractor, who was engaged in construction work for the Navy on the island of Guam, was waiting for a bus at a recreation center nearby his workplace when he saw two men standing on the reefs beyond a dangerous channel, signaling for help. Unfortunately, in attempting to swim the channel to rescue the men, the contractor drowned. The Supreme Court held that, in order to receive benefits under the DBA, all that was required was that “the ‘obligations or conditions’ of employment create the ‘Zone of Special Danger’ out of which the injury arose.” The court then held that the actions of the contractor would not have precluded any benefits owed under the DBA.

The biggest impact of the doctrine of the “Zone of Special Danger” is that, under the DBA, employees or contractors working overseas for the government do not have to be injured while working in order to receive any workplace injury benefits. They must only show that the nature of their employment created a zone of special danger that caused the injury. Just as the contractor in O’Leary was able to recover certain benefits under the DBA even though he was not engaged in work at the time of his death, other employees or contractors similarly do not have to be engaged in business work at the time of injury or death in order to recover benefits under the DBA. All that is required is that they remain within the “Zone of Special Danger” as a result of their employment. Naturally, these types of situations can occur in several circumstances, especially since contractors working overseas take on a wide breadth of positions, ranging from construction to managing military bases.

While there are a variety of government jobs overseas, one of the most typical types of contracting-related injuries you might expect to find are construction-related. While constructing roads, dams, and various types of military facilities can be dangerous work when done on U.S. soil, these jobs can be even more dangerous when performed in foreign countries. Not only might a contractor be at risk of enemy armies or terrorists when working in hostile environments, but there is also the risk that is posed by building standards that are less stringent than those in the U.S.  While the outcome may be different if the injury occurred domestically, an injury that was incurred at or around the time a contractor was engaged in work could be a compensable injury.

While these are just a couple areas in which a contractor might be placed within a “Zone of Special Danger,” there are many other different dangerous situations that contractors face which may cause injuries.  As the filing deadlines for DBA claims are limited, it is important that contractors who may have sustained injuries, or family members of a deceased contractor, consider what actions they would need to take in order to obtain the appropriate recovery.

Understanding the Zone of Special Danger