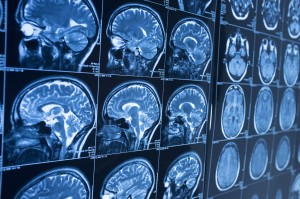 In any hazardous environment, there are many types of threats or dangers to a person that are at least somewhat noticeable. Not only that, but injuries sustained in such environments are fairly observable, with injuries ranging from concussions to broken bones to internal bleeding. Sometimes, however, there are conditions or afflictions that are not immediately observable. A brain disease known as Chronic Traumatic Encephalopathy (CTE) is one such condition. Due to the risky nature of work that many contractors face overseas, the risk for getting CTE is higher than similar positions set on domestic soil.

Anyone who is even slightly familiar with the sport of boxing might have heard the term “punch drunk” before. You may have heard of athletes who suffered from various neurological conditions due to repetitive trauma to the head, with victims coming from all walks of life. While CTE may sound like a strange and foreign disease, the truth of the matter is that what was once known as “punch drunk” syndrome is now generally considered to be CTE.

Chronic Traumatic Encephalopathy may seem like any other degenerative disease, such as Alzheimer’s or dementia, but unlike these forms of neurological degeneration, Chronic Traumatic Encephalopathy affects the physical state of the brain in a different way. For example, whereas an examination of the brain of a patient with Alzheimer’s may show a decrease or shrinkage of some types of brain matter, an examination of a patient with CTE would show the build-up of an abnormal protein known as a tau protein. These proteins generally build up around blood vessels, and can go deep into the brain. This unnatural buildup can, understandably, cause serious cognitive difficulties for an individual.

While the awareness of CTE has grown over the years, it has been commonly understood that this degenerative disease is caused by repetitive trauma to the brain. While individuals who are at a higher risk of receiving brain trauma, such as boxers, football players, soldiers, and even civil contractors, have a higher risk of contracting CTE, there are also other types of people who may be at risk of developing CTE. These people include victims of domestic violence, epileptics, and performers engaging in acrobatics. While one might assume that only serious repetitive head trauma may lead to CTE, the truth is that there does not need to be a great deal of trauma. In fact, the causes of CTE not only include repetitive serious head trauma, and repetitive concussions, but can also include asymptomatic concussive hits to the head.

While it is hard to pinpoint the time when these symptoms start, most people do notice when a change has taken place in an individual with CTE. Some symptoms include, but are not limited to:

On top of all of these symptoms, individuals with CTE can also be at risk for developing progressive dementia. Needless to say, these symptoms can have a great deal of impact on an individual’s life, especially if that individual is already suffering from other various physical and psychological injuries.

Even though there is a heightened understanding of this degenerative disorder, there is still a lot we don’t know about the disease. In fact, because symptoms can take place anywhere from months to decades after the last brain trauma, detecting CTE in its early stages is incredibly difficult. In addition, not only do we not fully understand the whole scope of CTE, but also, there are currently no known ways to reverse, or even prevent neurological damage caused by CTE.

In fact, CTE can only be accurately diagnosed through a post-mortem examination of the brain, which does nothing for those persons who may or may not be living with CTE. That being said, efforts are being made to diagnose CTE in living persons, which will prove to be a great step forward in treating the disease.

While people do have to be concerned of injury, military personnel, soldiers, civilian contractors, and other persons serving the military overseas are often placed in situations where they face a much higher risk of harm. While members of the armed forces, or even civilian contractors employed by the government overseas, may incur a great deal of physical injuries, it is the invisible injuries, like CTE, that can create the most problems later on in life. Due to the nature of their work, where they may likely be in constant danger of encountering regular head trauma from enemy combatants, natural disasters, or the carelessness of another person, individuals serving under the military are placed at higher risks of contracting CTE. As mentioned above, however, there is work being done in order to not only detect CTE in living patients, but also to better understand and possibly even prevent CTE.