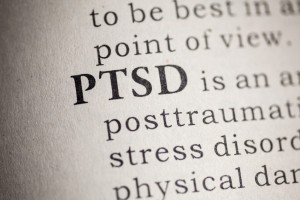 Post Traumatic Stress Disorder (PTSD) commonly affects all those who work in difficult environments overseas, including members of the military and civilian contractors. Unfortunately, the treatment of PTSD sufferers falls far below fair and reasonable standards. Advocates are beginning to ask questions about the support provided to these individuals in the hopes of spurring change.

For example, U.S. Senators Sherrod Brown (D-OH) and Rob Portman (R-OH) are requesting that the Army Inspector General conduct a lengthy and thorough Investigation of the discharges of over 22,000 military soldiers and veterans who were diagnosed with post-traumatic stress disorder and/or traumatic brain injuries (TBI) and were discharged as a result of “misconduct.” As Senator Portman’s Office has set forth by way of a public release, “I have long argued that the military needs to do a better job treating the invisible wounds of war, such as PTSD/TBI [and] I believe that punishing service members for misconduct without taking into account the mental health context that may have contributed to this behavior ignores the problem and could have long-term implications for the service members’ care and treatment.”

Such research has formed the basis for the recent Senator’s requests for an Army Inspector General investigation, largely based upon “media reports that the Army had discharged over 22,000 soldiers since 2009 “for misconduct after they returned from deployment in Iraq and Afghanistan and were diagnosed with mental health problems or TBI.” This is significant because “as a result, many of the dismissed soldiers have not received crucial retirement benefits, health care benefits, and post-service employment eligibility that soldiers receive with an honorable discharge.”

The fact that the Army did not take into consideration the role that traumatic brain disorder or posttraumatic stress disorder may have had in the “misconduct” that formed the basis for the discharges essentially means that the veterans were not afforded due process in the evaluation of their post-employment benefits. Many of these service members subsequently became civilian contractors–using their experience to continue work in challenging environments overseas. Unfortunately, this new work often exacerbated the PTSD problems. It is critical for all those suffering from these and similar ailments seek out help. Resources are available to provide the financial, medical, and social support necessary to aid in recovery.

If your spouse or loved one was injured while working outside of the United States for or as a U.S. government contractor, you should contact the Defense Base Act death benefit attorneys at Barnett, Lerner, Karsen & Frankel, P.A. Worker compensation and other legal claims under the Defense Base Act can be substantial and involve a complex and challenging process.

Questions About the Treatment of Those Affected by PTSD