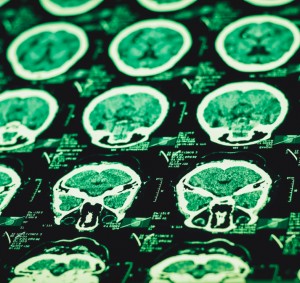 When serving overseas, service members are prone to a variety of hazards and dangers. While there are number of things that can happen to service members while they are working overseas, one of the most common types of disorders or ailments afflicting veterans is that of post-traumatic stress disorder (PTSD). In fact, it is estimated that at least 20% of Iraqi war veterans and approximately 11% of veterans of the war in Afghanistan suffer from PTSD. In addition, veterans returning from Iraq and Afghanistan may also suffer from an injury known as Traumatic Brain Injury (TBI). The primary issue with this is that treatment for PTSD and TBI can differ, even though both conditions may show similar symptoms. While it is difficult to determine which ailment an individual might suffer from, recent developments have allowed researchers to determine differences between TBI and PTSD that can help countless numbers of individuals, both veteran and civilian, who may suffer from TBI, PTSD, or from both.

It goes without saying that the brain is one of the most important parts of a person’s body. Not only does it control basic motor functions, but it also allows for the expression of ideas and personality. Traumatic Brain Injuries (TBI) are injuries to the brain that range from mild to severe. TBIs come from a variety of forms of trauma to the head and can include:

While there is plenty of risk for civilians to develop TBI, service members overseas are at even more risk of developing TBI due to the nature of their work.

While TBI is generally initiated by some kind of physical trauma to the head, the effects of TBI can include:

While TBI is primarily identified by physical injuries, PTSD is generally characterized by psychological strain or stress. Post-traumatic stress disorder can generate from a variety of situations, but it generally develops after an individual experiences a traumatic event. During such an event, an individual may feel as though his or her life, or the lives of others, are being threatened. In addition, an individual may even feel as though he or she has lost all control over what is happening.

While encountering a traumatic event may naturally lead to a stress-related reaction, not all traumatic events lead to the development of PTSD. Even though there are no concrete factors that indicate who will and will not develop PTSD, there are some factors that can indicate the likelihood a person will suffer from PTSD. These factors include, but are not limited to:

While TBI and PTSD share similar symptoms, the causes and treatments of each affliction can vary greatly. In addition, it is not only possible, but likely, that veterans who suffer from one ailment may also suffer from the other. The primary problem in treating such matters can be in determining the severity and extent of such ailments and determining which ailment an individual actually suffers from. Fortunately, recent developments have made it easier for researchers and physicians to differentiate between the two. Through the use of SPECT brain imaging and quantitative analysis of these scans, researchers have been able to identify key markers that differentiate TBI from PTSD. As a result, not only can researchers properly identify cases of PTSD and TBI, but they can also avoid hazardous mistakes such as providing an incorrect diagnosis or form of treatment due to the similarity between the two ailments.

In order to properly treat an ailment, physicians must first accurately diagnose what is wrong with the patient. Unfortunately, PTSD and TBI share many common symptoms that can lead to an incorrect diagnosis. Symptoms that can indicate either TBI or PTSD include, but are not limited to:

Even though PTSD and TBI share similar symptoms, they are different conditions with different forms of treatment. As a result, not only can misdiagnosis lead to treatment that may be ineffective, but it can also lead to treatment that may worsen the condition that the patient currently suffers from. There are many forms of treatment that are available for patients of PTSD that may not be as beneficial for patients of TBI. For example, in cases of PTSD, it is common for physicians to prescribe medicines such as antidepressants or antipsychotics. Unfortunately, if the patient has TBI, these medicines can worsen symptoms, since the medicines may suppress portions of an already weakened brain. Because of these dangers, the recent discoveries provide much needed assistance to individuals who may suffer from PTSD or TBI, and can prevent a number of diagnostic errors.