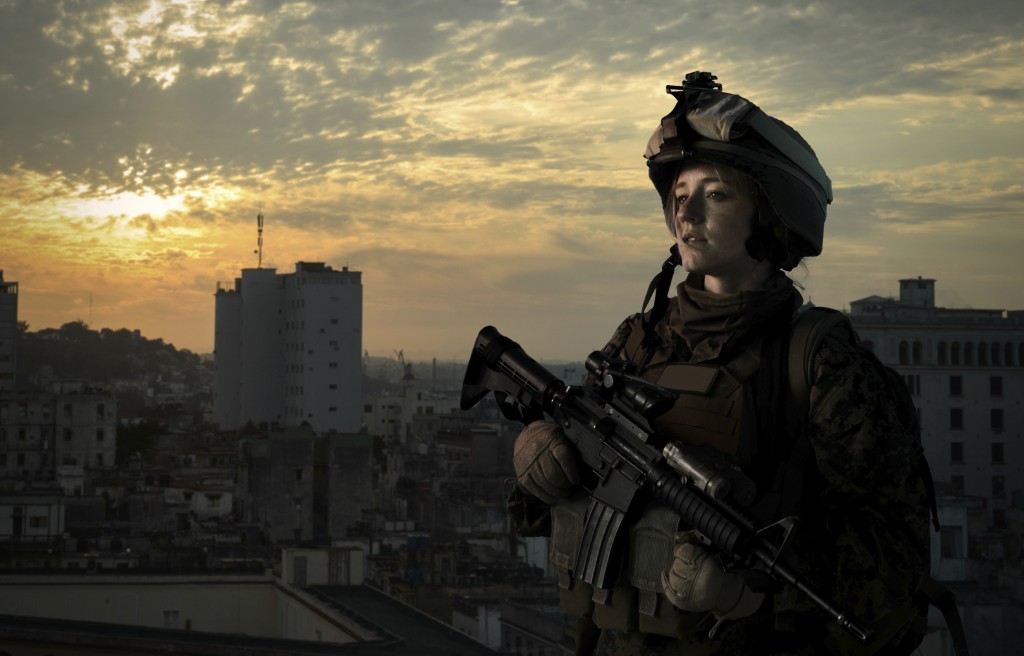 The rise of ISIS in Iraq has prompted renewed U.S. involvement in military operations there, including the deployment of limited numbers of American troops. The deployment of personnel to such a volatile and dangerous locale as Iraq is likely to produce injuries and, unfortunately, casualties.

Naturally, we think in terms of military personnel when considering such dangers. But soldiers, saliors, airmen, and Marines are not the only people performing missions on behalf of the United States Government in this or any war zone. The United States employed thousands of contractors in Iraq during the war, including American citizens, locally hired Iraqi citizens, and third country nationals. These people performed countless invaluable functions for our troops, from serving as interpreters with infantry ground combat units to providing local security to serving meals to our troops on forward operating bases. The role of U.S. contractors does not end with the formal withdrawal of U.S. forces. Hundreds of American contractors employed by U.S. defense contractors have stayed on in Iraq to assist the country’s fledging forces with the fielding of advanced equipment such as Apache helicopters, surveillance drones, fighter aircraft, and other items. Illustrating the danger inherent in such work has been the plight of Americans at Balad and other locations as they have struggled to escape the country in the face of ISIS.

What happens when a civilian employee or contractor with our forces or allies is injured or killed? What provisions are made for their care and compensation? Part of the answer lies in the Defense Base Act (DBA).  Enacted in 1941 to provide protection for civilian employees at military facilities acquired by the United States under the Lend-Lease Act , the DBA extended the provisions of the Longshore and Harbor Workers’ Compensation Act to these employees. . In 1953 Congress amended the Act to change all Second World War reference to national defense, and in 1958 Congress further amended the law by eliminating the previous exclusion of non-U.S. citizens from coverage and by making clear that “public work” includes not only construction projects but any fixed or moveable project and service projects. Although originally intended to protect employees injured working on construction projects and related services, the protections of the DBA go well beyond that now.

Under the Longshore and Harbor Workers’ Compensation Act, as extended through the DBA, U.S. Government employees and contractors are covered who work on:

Another key feature of the law is not found in the statutory provisions themselves, but rather in their judicial interpretation. Under common law concepts of causation, and even under some worker compensation schemes, an injured employee must have been injured within the scope of his or her employment, which often means that he or she must have been hurt doing something in the employer’s interest. Not so under the DBA. Under this law it is enough that the “’obligations or conditions’ of employment create the ‘zone of special danger’ out of which the injury arose.” Under the Zone of Special Danger doctrine, an employee injured in the area of operations (or while traveling to or from it) may be entitled to compensation even if the injury did not occur directly at the employee’s regular place of duty, during duty hours, or even in the course of performing the employee’s duties. Essentially, under the doctrine of the Zone of Special Danger, the courts have found that since it was the employment that brought the employee to the area of operations and thereby exposed the employee to the special hazards present in that area, the injury would never have occurred but for that employment, whatever the employee was doing or wherever he or she was within the area of operations when the injury occurred. Therefore, the employee is entitled to compensation under the DBA.

The DBA is an important law that provides invaluable compensation to civilian men and women injured abroad while furthering the work of the U.S. Government. But like many legislative schemes, it can be complex and conceal pitfalls and stumbling blocks for those inexperienced in the application of its provisions. If you are a civilian employed abroad by the United States Government or one of its contractors, make sure you get the benefits you deserve by contacting one of the expert attorneys at Barnett, Lerner, Karsen and Frankel for a consultation today!

Contractors in a Conflict Zone: The Defense Base Act