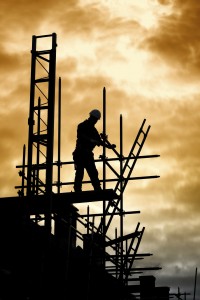 Upon hearing the words “Defense Base Act” you might assume that it applies to those in the military or working on national defense. In reality, it affects many people doing all kinds of work–including you.

The Defense Base Act is a tool to protects civilian contractors working throughout the world pursuant to U.S. government contracts. All workers overseas face some risks of injury, and for the past 70 years, the Defense Base Act has ensured those workers and their families receive the support they need. It remains a critical law that should be understood by all civilian contractors and those they love.

History of the DBA

Motivation for the passage of the law dates to 1917, when a worker on a New York City dock fell off a plank and was severely injured. A court case was filed to determine who might be responsible for helping the injured worker recover from his injuries. The matter went all the way to the U.S. Supreme Court (Southern Pacific v. Jensen) where the court ruled that the U.S. Government (not the state of New York) had jurisdiction in the matter–because the incident took place in navigable waters of the United States.

The ruling set an important precedent. When these injuries arise, if you were harmed on land, then the state may provide benefits. But, if doing the same job you were hurt on the boat then different, federal maritime law applied.

Fortunately, less than a decade later the U.S. Congress was pushed to act, recognize the problem, and protect those who were harmed in this way. In 1926, the Longshore and Harbor Workers’ Compensation Act was passed. This created a federal workers’ compensation program (similar to those in individual states) that was designed to cover all of these working men and women.

In 1941, with the onset of World War II, the law was amended. Specifically, the amendment expanded the coverage and benefits to overseas and military public works contractors. That amendment is the root of the Defense Base Act that still exists today.

Who & What Qualifies for Coverage?

Under the Defense Base Act, civilian contractors includes all workers, even foreign employees, working on U.S. government contracts. In short, any qualifying individual would be entitled to benefits to provide medical care and support for all of their injuries

The law provides that the injured worker:

Civilian contractors can receive these benefits for a wide range of injuries. These can include harms that arise in various ways as a result of working overseas. Some of the most common injuries include:

These represent just a sampling of injuries that may trigger Defense Base Act benefits. Be sure to speak with a professional who can explain whether or not the specific ailments you or a loved one suffers from is covered by the law.

The Defense Base Act is a critical tool that protects civilians around the work doing important work for the U.S. government. But navigating the procedural and technical aspects of the program can be difficult. Luckily, there are legal professionals here to help.

If you or a loved one was injured while working as a civilian contractor overseas, get in touch with the Defense Base Act attorneys at Barnett & Lerner, P.A. You can find us online at www.injuredoverseas.com or can give our office a call at (954) 920-7400.

Defense Base Act - What Is It? Does It Matter to You?