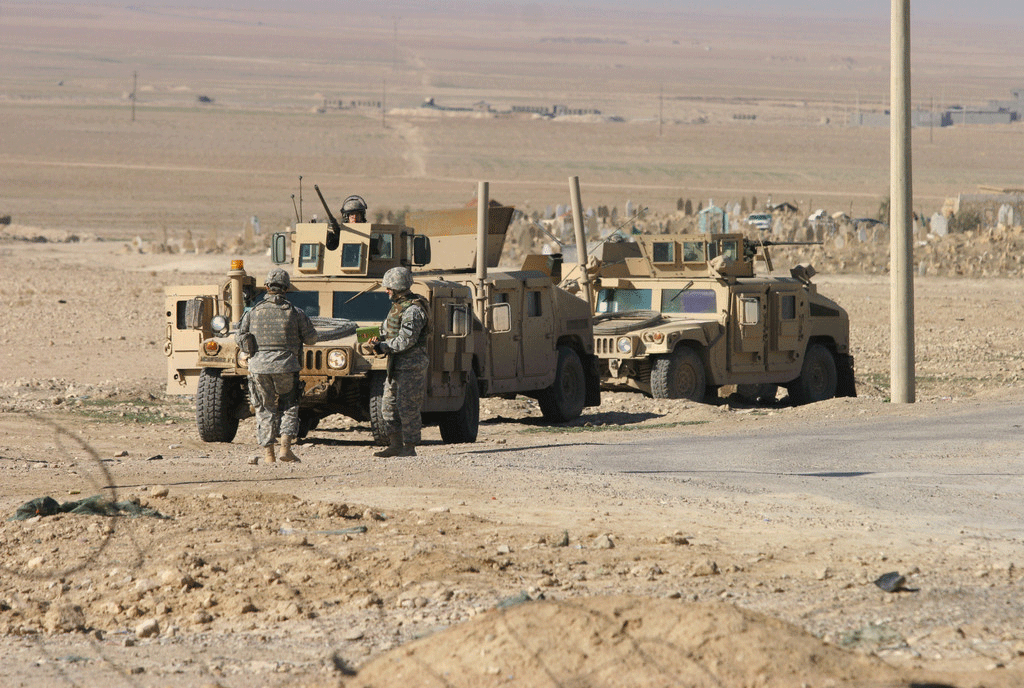 A recent U.S. Marine KIA in Makhmur revealed to the world what many people already knew: There are combat troops in the war-torn country far above the ceiling imposed by the Obama Administration.

Staff Sergeant Louis F. Cardin, of Temecula, California, was killed in an ISIS rocket attack at a remote firebase that had been fully operational for less than a week. The casualty forced the DoD to acknowledge that a “couple of hundred” Marines are encamped in the area, where they are the target of almost daily attacks from militants. SSgt. Cardin’s death is the first service member KIA in Iraq since November 2011, and it came almost 13 years to the day after coalition forces first invaded the country.

Defense Department officials have refused to give an accurate count for the number of boots on the ground in Iraq; in December 2015, Senate Armed Services Committee Chairman John McCain (R-AZ) said there were about 5,000 troops, and a DoD official at the same Christian Science Monitor breakfast said there were about 4,000. Both these numbers are well above the ceiling of 3,870, due to the presence of short-timers who are in-country for less than 30 days. House Armed Services Committee Chairman Mac Thornberry (R-TX) recently criticized President Obama’s “artificial troop cap” because “the people rotating in are not going to have time to get acclimated to the environment and may be at increased risk.” Furthermore, he added, “when you have these artificial troop caps, you don’t bring in the force protection that you would in other situations where you’re not subject to those troop caps.”

The wars in the MENA (Middle East-North Africa) region are starting to look more and more like the conflicts in Southeast Asia a generation ago. After securing a peace treaty in 1973, the United States essentially abandoned South Vietnam, which was overrun in a matter of weeks when Communist forces illegally resumed the war. More recently, President Obama unilaterally withdrew combat forces from the area in 2011, and in 2014 he referred to ISIS forces as the “jayvees.” However, to his vast credit, President Obama has not abandoned the fragile Iraqi government that the United States initially put in power.

There is another similarity: The political need to end an unpopular and seemingly endless conflict that contrasts with the military need to maintain a measurable combat presence now, or else send thousands of troops into an unstable and dangerous situation later. The difference is that, in the 21st century, military contractors are available. These forces are a “win-win” for military and civilian decision makers. They can deter insurgents and militants while allowing service member troop levels to remain low.

Regular service members who are injured in Iraq receive ongoing medical care from the DoD and its various arms, and contractors who are injured in Iraq can, with the help of an attorney, receive ongoing medical care from the workers’ compensation required by the Defense Base Act. In addition to medical bills, DBA insurance also pays for lost wages and other economic losses, whether the injured contractors carried machine guns or blowtorches, and whether they were hurt at airbases or construction sites.

In unscheduled injuries, like PTSD, brain injuries, and broken bones, lost wage benefits are calculated by multiplying the injured victim’s average weekly wage (AWW) by the percentage of disability. Both these figures can be highly subjective, and the insurance company nearly always looks for ways to reduce benefits in order to increase its own profitability.

In disputed cases, there will be a Formal Hearing that is like a trial. In preparation for that Hearing, medical experts will be deposed along with the victim. It may take several months for the administrative law judge to render a decision after the formal hearing, but in most cases, the ALJ will award retroactive benefits.