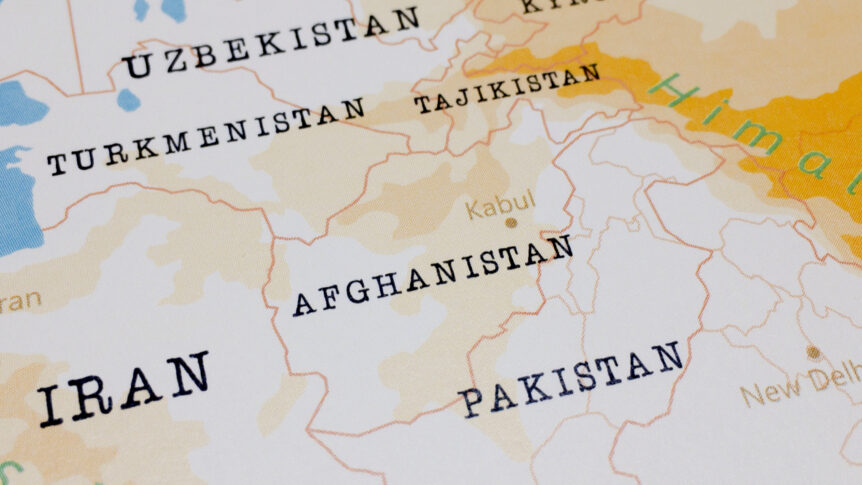 During the mad scramble to leave the country in August 2021, as many as 300 interpreters may have been left behind. These individuals face the possibility of severe Taliban reprisals, including incarceration or death.

“There is no future for these people in Afghanistan,” said Matt Zeller, co-founder of No One Left Behind and senior advisor to the Iraq and Afghanistan Veterans of America. “Every day that they are not able to get to America is an additional day that the Taliban has to hunt them down,” he added. Special immigrant visas (SIVs) provide green cards to foreign nationals, including Afghans, under a variety of programs, typically because of their employment with or on behalf of the U.S. government. One requirement is “faithful and valuable service to the U.S. government.”

Applicants who have been terminated “for cause” by their employers — for reasons such as failing a counterintelligence screening or for alleged performance issues — are deemed to have not fulfilled the requirement. Security screenings routinely include polygraph tests, though they are considered too unreliable to be admissible in many courts. Interpreters and advocates said the smallest inconsistency could trigger a denial.

As of July, there were more than 74,000 principal applicants — not including family members — in the Afghan SIV pipeline, according to the State Department. Applicants typically wait four years for a decision.

What Happened in Afghanistan

On Christmas Eve 1979, the Soviet Union sent ground troops into Afghanistan, sparking an intense conflict that lasted over 10 years. Various international organizations, including the United Nations, roundly condemned the invasion. As most aggressor nations are prone to do, the Soviets ignored these condemnations.

Furthermore, as is often the case in such conflicts, the Red Army quickly seized control of the cities. The countryside, or about 80% of the country, largely belonged to the mujahedin, a loosely-organized group of Islamic militants who were determined to evict the godless Soviets from their sacred soil.

The mujahidin did not just show up one day. According to the National Security Archive, “the Central Intelligence Agency (CIA) played a significant role in asserting U.S. influence in Afghanistan by funding military operations designed to frustrate the Soviet invasion of that country. CIA covert action worked through Pakistani intelligence services to reach Afghan rebel groups.”

Meanwhile, the Red Army was made up of mostly poorly-motivated conscripts who were a long, long way from home. Soldiers in that position often have little motivation to fight a war of conquest, no matter how many propaganda films they see. In other words, the Red Army gradually got weaker, although its numbers increased. At the same time, the mujahedin continually got stronger.

The CIA’s strategy eventually worked. After a new regime took over in Moscow, the Soviets withdrew for good in 1989. Unfortunately for the Afghans and for many other people in the world, there was not a happy ending.

Relative peace and harmony in the new Afghanistan lasted until 1992. That year, Mohammed Najibullah, the last Marxist Afghan leader,  stepped down as Mujahideen guerrilla forces moved into Kabul. He unsuccessfully tried to fly to India, which had voted not to condemn the 1979 invasion, under the protection of the U.N. He finally found refuge at a United Nations compound in Kabul. After a bloody, four-year power struggle between different factions of the victorious anti-Najibullah forces, the Taliban took Kabul. After they stormed the U.N. compound on September 26, 1996, they tortured and killed Najibullah.

At roughly the same time, events were unfolding a little further south. Roughly two years earlier, Saudi dissident Osama bin Laden asked King Fahd to let his private army, a group later known as al Qaeda, to defend the nation against an Iraqi menace. When the King said no, the Taliban offered aid and comfort to bin Laden. Over the next decade, he developed his organization and plotted revenge against the hated Americans.

Later, thousands of contractors served during the post-9/11 Afghanistan War. These contractors played such a pivotal role that, at one time, former president Donald Trump considered privatizing the war.

Although they served in a limited capacity in Afghanistan, overseas contractors still risked serious injury from the moment they stepped off the plane. At a minimum, these injuries usually mean weeks or months without work. Some of these victims are not able to work again. So, the Defense Base Act offered several kinds of wage replacement benefits, as follows:

The Average Weekly Wage is not just a snapshot. It accounts for past and future wages. Many injured contractors just arrived in-country. There is a big difference in salary between a police officer in Kalamazoo and a police officer in Kabul. Furthermore, most contractors earn performance bonuses based on the number of hours worked. An injury does not torpedo their qualifications for such bonuses.