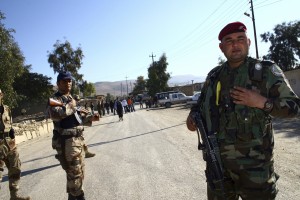 Working as a private military contractor inherently carries certain risks. The job requires the contractor to travel overseas to complete the contract, and many times the contractor is required to endure harsh terrains, dangerous geographical locations, limited access to the outside world, openly hostile locals, or less than ideal living conditions. Private military contractors are often deployed to unstable regions where there is non-stop fighting and volatility. These men and women are at risk everyday while they are on the job, and even when they are not on the job they are at risk, due to the location and circumstances surrounding their employment.

Due to the increased risk that private military contractors face while completing their work overseas as they provide support and other necessary services to the United States military, when these workers become injured there are special extensions of the law that will provide these workers with compensation for their injuries under the Defense Base Act (DBA). In many cases, compensation will be provided even if the contractor was not injured while performing the duties associated with his or her job. The contractor could be engaged in various social or recreational activities when he or she suffers an injury and due to the zone of special danger that the contractor is placed in by way of the conditions of his or her employment, the worker can obtain compensation for these non-work related injuries through DBA coverage.

Injury claims made under the DBA are not limited to only those injuries that occur while the private contractors is on the job. Under the judicially created doctrine referred to as the “Zone of Special Danger” doctrine, the conditions and obligations of the defense contractor’s employment create a zone of special danger. The zone of special danger was identified by the United States Supreme Court in 1951 during its decision in O’Leary v. Brown-Pacific-Maxon, 340 U.S. 504 (1951). In O’Leary, the Supreme Court allowed DBA benefits to be paid in situations where the injury suffered by the contractor did not occur specifically within the scope and timeframe of the performance of his or her job, based on the premise that the worker was confined to a zone of special danger as a result of undertaking the private military contract.

The Court further elaborated that it is not necessary that the contractor be injured while working, or while “on the clock” and no causal relationship between the contractor’s employment and the injury is required to recover under the DBA. Effectively what needs to exist in order to make an injury claim under the DBA is that the worker’s injury is a result of some condition or required activity that is part of his or her job. This means that injuries arising from job-related activities, or activities that are reasonably foreseeable due to the nature and circumstances surrounding the terms of the government contract, are often eligible for compensation under the DBA zone of special danger.

That is not to say that a worker is covered under the zone of special danger every minute of everyday in every activity that he or she chooses to engage in. While most injuries resulting from activities that are considered to be a normal part of being confined to the living situation that comes with the contract will be covered under a DBA claim, activities that are entirely unrelated to or disconnected from the contractor’s scope of employment may be ineligible for compensation under the DBA.

The “zone of special danger” can apply to injuries suffered as a result of reasonable recreation while the private contractor is not working. What is considered to be reasonable recreation depends on the facts of the case. For instance, if a contractor is working on an isolated atoll, where there are few social activities for workers to enjoy in their free time, reasonably foreseeable injuries that result from those limited social activities many qualify under the DBA because being on the atoll in the first place is a condition or obligation of the contractor’s employment, and the limited number of social establishments on the atoll gives the contractor a limited number of ways to spend his or her free time.

Similarly, injuries suffered while exercising or training and traffic accidents that occur as a result of reasonable and foreseeable engagement of activities of the contractor (e.g., while driving to the grocery store if regular meals are not provided at the base, or driving while going to a place that it is reasonable foreseeable that workers would go for recreation purposes- like the beach if one is nearby, etc.) would be compensable under the DBA zone of special danger and reasonable recreation doctrine.

However, recreational activities that are highly personal in nature are generally not compensable. By way of an example, a contractor who suffers serious injuries while procuring a chemical skin peel in his or her free time while servicing a private military contract at a U.S. base overseas would be ineligible for compensation under the DBA since the injury was sustained during the worker’s engagement in a recreational activity that was unforeseeable and highly personal in nature. Along these same lines, a worker who suffers serious injury or is killed from self-inflicted harm may not be eligible for compensation under the DBA since the actions that inflicted the injuries are not reasonably foreseeable and are not work-related.