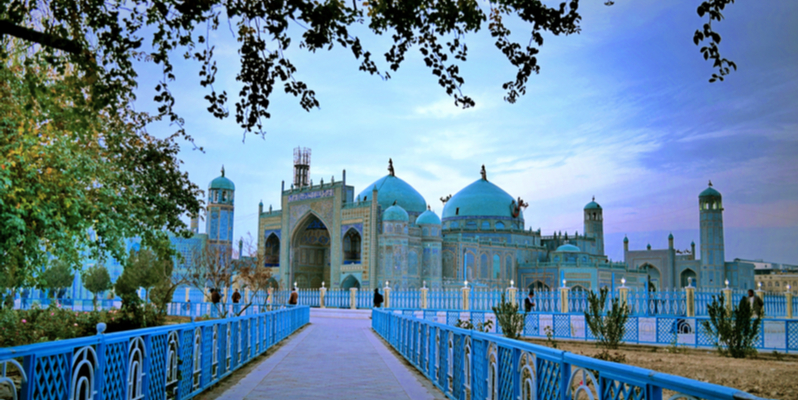 Sunday, September 20, 2020, was a red letter day in Afghanistan. That date marked a record-breaking 232 days without a U.S. combat-related death in Afghanistan, the longest stretch since 2016.

The last American combat death was in February 2018, shortly before all sides agreed to a cease-fire while peace talks continued. However, the lack of combat deaths does not mean the violence is lessening. The Taliban has launched roughly 7,000 attacks since the cease-fire agreement became official. However, according to Michael Kugelman, deputy director of the Asia program at the Wilson Center in Washington, Afghan security forces, as opposed to Americans, are bearing the brunt of these attacks.

Ideological issues mean a permanent peace is closer, but remains elusive. “Taliban leaders remain committed to an extreme religious ideology, and authoritarian political system and the continuation of relations with groups like al-Qaida,” noted Seth Jones, a senior adviser at the Center for Strategic and International Studies in Washington.

For much of the modern era, two large empires, the Russian and British, wrestled for influence over and control of this region. So, Afghanistan and its fiercely independent people are no strangers to conflict. The latest war probably has its roots in another Great Power move, which was the Soviet invasion of Afghanistan in 1979.

In response, the CIA encouraged Islamic militants from around the world to wage a jihad against the infidel invaders. At first, the mujahedin (holy warriors) fought an uphill battle against the superior Soviets. American shoulder-fired Stinger anti-aircraft missiles helped turn the tide of battle. Faced with increasingly effective opposition, a steadily mounting bar tab, and a deteriorating situation at home, the Soviets withdrew from Afghanistan in 1989.

American President George H.W. Bush immediately declared victory and promptly pulled the plug on American involvement. Without a common enemy to fight and a mutual friend in Washington, the loosely-affiliated rebels began fighting one another for control of the country. The Taliban, an aultra-conservative group, quickly emerged as top dog.

Their power secure, the Taliban befriended kindred spirit Osama bin Laden and his al Qaeda organization. When his native Saudi Arabia rebuffed bin Laden’s efforts to build his private army there, he withdrew to the hills of Afghanistan to prepare his revenge against the United States. We all know how that turned out.

This background shows that, in the words of one former American president, winning the peace is at least as important as winning the war. If Bush had worked as hard to win the peace as he worked to win the war, things might have turned out differently. Then again, if my grandmother had wheels, she would be a streetcar.

Rebuilding the Country With Private Contractors

So, with a permanent peace seemingly within reach, now is the time to talk about winning that peace. During this battle, the weapons and methods should be much different. Instead of machine guns, private contractors will use hammers. Rather than tearing the country apart, contractors will seek to put it back together again.

Infrastructure, like roads, bridges, schools, and hospitals, is usually the first priority. Unless these things are available, refugees usually do not return to their villages. If that does not happen, instability and angst continues. Those are the seeds of conflict.

Generally, overseas contractors serve as onsite supervisors. They direct the work, and local people do the work. That arrangement helps ensure the project is completed on time, and also helps ensure that the local community feels invested in the project.

Overseas construction contractors face considerable workplace hazards. Most countries have little or no regulatory oversight in this area. Many inspectors are not terribly interested in protecting American business interests, regardless of the way they affect civilians.

According to the Occupational Health and Safety Administration, most of the construction site fatal accidents involve:

The Defense Base Act takes care of medical bills in these situations. It also provides a wage replacement benefit for the duration of any temporary disability. A lump-sum payout might be available if the victim sustained a permanent disability.

It is important to promptly file a construction injury claim. Strict time deadlines apply. If the victim does not know the full extent of injury straightaway and misses the claims deadline, a variation of the delayed discovery rule usually protects victims.

If the case does not settle quickly, there is usually a settlement conference. A mediator reviews the medical records and tries to forge a settlement. These conferences are sometimes successful, but usually, there are lingering questions about liability or the extent of injury.

The next step is a full hearing before an Administrative Law Judge. At this hearing, attorneys can challenge evidence, introduce evidence, and make legal arguments. Since insurance companies usually do not want to put their arguments to a legal test, there is a good chance that the case will settle on victim-friendly terms prior to the hearing.