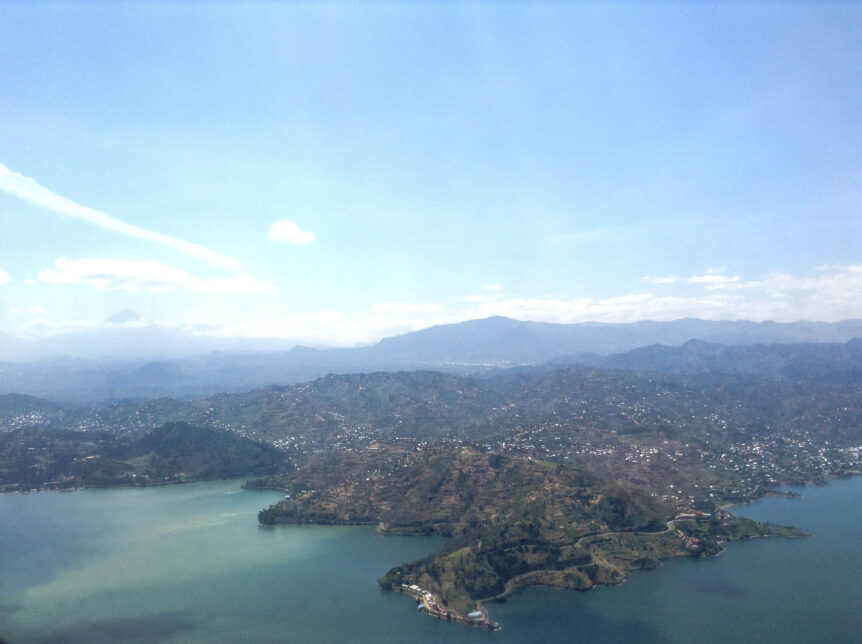 The former SAS officer-turned mercenary leader said that the continent, with its 1.3 billion inhabitants, could become a “huge consumer market or “fall into a black hole,” largely depending on the amount of PMC intervention.

Mann accused the west of “negligence” in dealing with conflicts throughout the continent. He said that with China and Russia ruthlessly exploiting many of the continent’s natural resources, without stability, the West was leaving itself prone to losing out on obtaining minerals needed to power a clean-energy revolution. Furthermore, despite its enormous budget, the U.S. military had “failed to turn the tides of war,” he added. He concluded that if PMCs introduced modern diplomatic skills and 21st-century warfare technology, “the many conflicts of Africa are winnable.”

Simon Mann was one of Africa’s most famous and capable contractors until he was arrested on a plane in Zimbabwe carrying a company of soldiers allegedly planning a coup in oil-rich Equatorial Guinea. He was released in 2009.

All over this continent, conflicts are brewing, or have erupted, that the governments are unable to contain on their own. Some, like Mali, have already reached out to the Wagner Group and thus fallen down the aforementioned black hole. Others are in trouble but are not lost yet.

Like many other countries in this region, Nigeria has plentiful natural resources, like oil, gold, timber, and precious stones. So, the nation has a strong economic foundation. Political stability is another matter. Between its independence from Great Britain in 1967 and 1999, an almost-uninterrupted series of military juntas ruled this West African nation.

In 1999, former military ruler General Olusegun Obasanjo became only the second democratically elected civilian president of Nigeria. That election, and his subsequent 2003 re-election, was marred by fraud allegations. However, the fraud was not as bad as it was in the past, so Nigeria appeared to be on the right path. In fact, in 2015, an incumbent president lost his re-election bid, and the transfer of power was relatively incident free.

Boko Haram, an IS offshoot that is widely considered to be the most violent militant organization in the world, threatens that progress. Further infighting led to the creation of the Islamic State – West Africa Province (ISWAP). All three of these groups fight each other almost as much as they fight the government. Regardless of who is on first, the people suffer. They usually blame the government for failing to protect them. That makes them potential IS, Boko Haram, or ISWAP recruits. These groups get stronger, more people suffer, more fingers are pointed, and the downward spiral continues.

According to one estimate, political violence in Nigeria in 2022 is twice as bad as it was in 2021. That is pretty bad.

We have repeatedly posted about the bleak situation in this East African nation, mostly because so much is at stake. Much of the world’s commerce, especially ships laden with Middle Eastern oil and bound for Japan and South Korea, passes near Mozambique. Furthermore, Mozambique borders South Africa. Over the last 30 years, since the removal of a despotic white minority government, South Africa may have been Africa’s most stable democracy.

Mozambique’s story is a little like Nigeria’s story. In 1995, Mozambique was the first non-British Empire state to join the Commonwealth of Nations. Then, the wheels fell off. A huge typhoon hit the country in 2000, overwhelming the nation’s limited healthcare, economic, transportation, and other infrastructures. Several rebel groups tried to overthrow the government between about 2005 and 2015.

Since 2017, Al Shabaab, an IS-affiliated group, has wreaked havoc in Cabo Delgado, a once-quiet province in the extreme north of Mozambique. The government is now officially losing the battle. In September 2020, insurgents captured and briefly occupied Vamizi Island in the Indian Ocean. Six months later, dozens of civilians were killed, and 35,000 others were displaced after Islamist rebels seized the city of Palma. Six months after that, nearly 4,000 Mozambicans fled their villages after jihadist attacks in Niassa intensified.

The Democratic Republic of Congo, which was formerly known as Belgian Congo and Zaire, is one of the world’s richest countries and also one of the world’s poorest countries. The DRC probably has more natural resources than any other Central African nation. That is saying a lot. At the same time, the DRC’s Human Development Index is 175th out of 189 nations in the world.

When a country has almost everything, and the people have almost nothing, the people are not happy. The Kivu War between the military of the Democratic Republic of the Congo (FARDC) and the Hutu Power group Democratic Forces for the Liberation of Rwanda (FDLR) started in the east in 2004.

One observer said the Kivu War was the bloodiest conflict the world had seen since World War II. In 2009, the New York Times estimated that tens of thousands of people were killed, displaced, and/or raped every month.

Later, around 2017, another brutal conflict erupted in another part of the country. Armed bandits in Kasai, which is in the south-central part of the DRC, have repeatedly tried to seize oil, diamonds, cobalt, gold, and other valuable resources. Cultural and ethnic rivalries have intensified this conflict. The resulting planting and harvesting disruption may have caused widespread starvation.

As if all that was not enough, additional ethnic violence broke out in 2018, beginning at Yumbi in the Mai-Ndombe Province. Batende militants killed as many as 900 Banunu people from four villages in a deep-rooted rivalry over monthly tribal duties, land, fields, and water resources. Some 100 Banunus fled to Moniende island in the Congo River, and another 16,000 to Makotimpoko District. Largely since the Batende used military-style tactics in the bloodbath, and some assailants wore army uniforms, many believe the FARDC may have been involved.

If contractors move into these areas in large numbers, a large number of injuries is inevitable. These injuries mostly include non-combat injuries, such as falls and training accidents. Regardless of the cause, Defense Base Act compensation is usually available.

Generally, this compensation includes lost wage replacement and reasonable medical bill payment. Most injured contractors receive two-thirds of their AWW (average weekly wage) for the duration of their temporary disabilities. The medical bill payment benefit usually includes everything from transportation to a hospital to the last physical therapy session.

Legal disputes are quite common in both areas. For example, many insurance adjusters only use prior wages to calculate the AWW. That is not enough. The AWW is also forward-looking. It includes items like lost future bonus payments, lost future scheduled wage increases, and lost overtime opportunities.