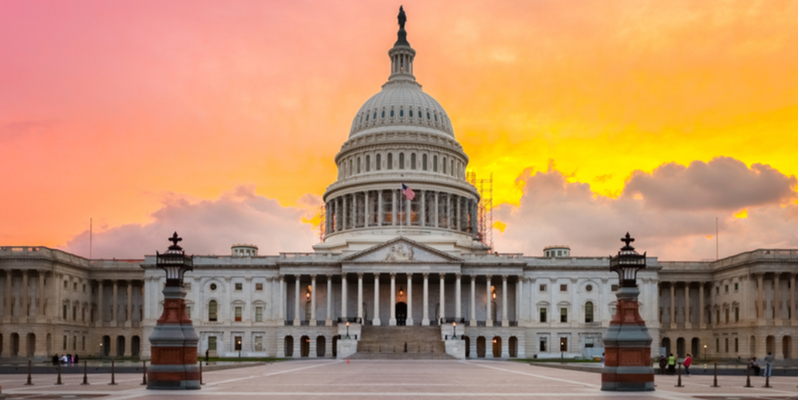 Sen. Kirsten Gillibrand (D-NY) and Rep. Dr. Raul Ruiz (D-CA) recently introduced the Presumptive Benefits for War Fighters Exposed to Burn Pits and Other Toxins Act of 2020. If approved, the measure would greatly expand access to VA benefits and bolster the claims for private military contractors seeking such benefits.

Under current law, veterans must establish an independent link between burn pit exposure and their current illness. This bill replaces the burden of proof with a presumption. That presumption applies if the veteran served at least two weeks in one of 33 designated countries and contracted an illness on the presumptive list. Observers compared the current burn pit bill to the 1991 Agent Orange law, which extended benefits to hundreds of thousands of Vietnam-era veterans.

Jon Stewart, the comedian and noted 9/11 and veterans advocate, pushed hard for this bill. In a Capitol Hill press conference, he said studies denying the burn pit-illness link were “bulls***t.” He added: “The only difference between the first responders at Ground Zero who are dying of toxic exposures is that it was caused as a result of a terrorist attack. … Veterans from Iraq and Afghanistan are suffering from the same illnesses and same exposures as the result of the actions of our own government.”

DoD policy strongly discourages the use of open-air waste disposal pits in active war zones, but it allows them on a temporary basis if there are no viable alternatives. Unfortunately for Iraq and Afghanistan veterans, “temporary” meant about 10 years and “no viable alternatives” meant nothing cheaper.

As the name implies, a burn pit is a hole in the ground which could be a few feet deep or roughly the size of a house. Normally, waste disposal companies take special care of possibly toxic refuse. But any waste a military facility goes into a burn pit. That includes:

When disposed of safely and handled properly, these waste items are normally not dangerous, but when they are burned in large quantities, they usually release toxic smoke. Many private contractor and service veterans describe this smoke as either tar-black smoke or a smoky ash. Either way, contractors and servicemembers had to breathe this smoke constantly. Joint Base Balad was informally known as Camp Anaconda, in part because the people stationed there had trouble breathing and felt their lungs were constricted.

Private military contractors did much of the dirty work. Contractors, especially KBR contractors, often maintained burn pits in Iraq and Afghanistan. Typically, they had little protective equipment, other than a surgical mask. Flimsy paper masks do not prevent toxic particles from entering the body through the eyes or absorbing directly through the skin.

The aforementioned new burn pit bill applies to a number of conditions which have scientific links to burn pit smoke. These conditions include:

The cancer survival rate has increased dramatically since the 1990s. Cancer treatment costs have risen commensurately. Therefore, to successfully fight this disease, victims need substantial financial resources. The Defense Base Act provides these resources, as outlined below.

If caught early enough, breathing diseases like COPD and even CB are normally treatable through medication and physical therapy. In advanced stages, a risky lung transplant is the only effective treatment, and success is far from guaranteed.

The Defense Base Act became law in 1941. It guarantees compensation for private military contractors who are injured overseas. For burn pit victims, the medical bill benefit might be the most important component of the DBA.

The “reasonably necessary” test is an important one. Brain injury physical therapy is a good example. Frequently, progress comes in fits and starts in this context. If the victim plateaus for a few weeks, many DBA insurance companies try to pull the financial plug, claiming that the victim has reached MMI (Maximum Medical Improvement). A DBA lawyer can argue that further physical therapy is reasonably necessary and keep the money flowing, to ensure a more complete recovery.

The VA has consistently denied that there is a link between burn pits and serious illness. Yet the Department of Labor, which oversees the Defense Base Act, acknowledged this link several years ago. Therefore, private military contractors have a much easier time obtaining burn pit benefits than regular servicemembers have.