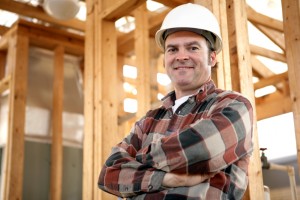 The United States Armed Forces rely on government contractors to help operate military bases in many foreign overseas locations. Many contractors work in operational or administrative positions, such as food service, custodial, or facilities maintenance. Other contractors work for munitions or equipment manufacturers and work on-site at various overseas locations to maintain important military equipment. These contractors generally permit the actual uniformed service members to concentrate on military operations rather than back-office tasks.

While many of these overseas contractors do not experience the same level of danger as uniformed military personnel in that they generally will not face combat, there is still danger for injuries on the job. Often, job-related injuries of defense contractors working overseas are covered by a special type of workers’ compensation insurance under the Defense Base Act (DBA). Under this law, overseas contractors may be eligible for workers’ compensation benefits such as replacement wages for missed work and for medical bills if the worker suffers an injury in the course of doing his or her job while overseas.

Examples of jobs that are covered by the Defense Base Act include working on military bases outside of the U.S. as well as construction projects in connection with defense programs that may not necessarily be on a base, as well as selling military equipment to allies, if the sale is performed outside the country. Also, welfare and moral-boosting organizations, such as the USO, are also covered by the law since they work for the benefit of the Armed Forces.

There are various types of injuries and ailments that overseas contractors can be subjected to as a result of their overseas duty.

In many overseas military installations, the military will routinely burn garbage in open pits as there is no other reasonable way to dispose of trash. The reason the trash is burned is because it will prevent rodent infestation of old garbage and, of course, it takes up minimal space and requires comparatively little infrastructure compared to a full-scale traditional garbage dump.

However, at many bases all kinds of things are burned in the pits which may lead to hazardous, toxic gases being released into the air around the burn pit. The harmful gases may cause numerous physical impairments, from breathing difficulty, to skin irritation or lesions, to cancer.

Like service members, overseas contractors can also fall victim to post-traumatic stress disorder (PTSD) and other psychiatric conditions. These are very serious mental conditions which can result from a single traumatic event or repeated exposure to stressful or traumatic events, such as rocket and mortar attacks. While contractors do not necessarily face combat face-to-face, they may be subjected to highly stressful situations in relatively dangerous places, which may also cause various psychiatric conditions. Symptoms of PTSD and other psychiatric conditions can include anxiety, depression, isolation from friends and family, flashbacks, and nightmares. These symptoms can be highly debilitating. Occasionally, a condition can appear weeks, months, or even years after the traumatic event or events occurred and can be suddenly triggered by some event that reminds him or her of the original traumatic event.

TBI can have significant negative impacts on the lives of those suffering from the injury. Individuals with TBI can have problems with their personal relationships, their work, and routine day-to-day activities, such as driving, or chores.

TBI can often be difficult to diagnose as many of the symptoms mimic those of psychiatric conditions. Treatment with a qualified doctor is necessary to differentiate the two types of injuries so as to ascertain the proper treatment protocols.

Injuries affecting the ear and one’s hearing ability are often overlooked. Similar to brain injuries, it may be difficult to fully understand the scope of one’s hearing difficulties until some after an injury actually occurs. Because of the nature of work overseas, various hearing problems can arise. The most common injuries are total hearing loss, partial loss, or “tinnitus” (ringing in the ears). These are often attributed to: