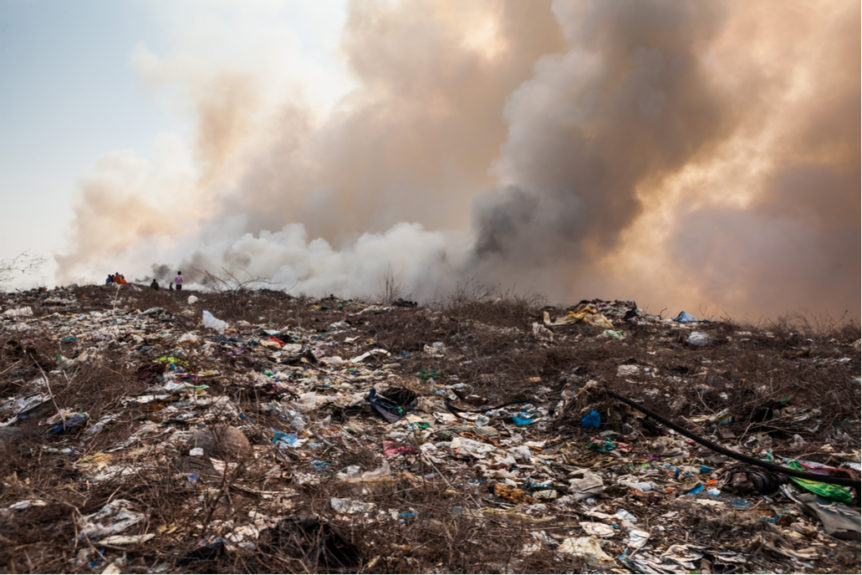 Even though such operations often expose workers to toxic smoke and fumes and cause serious illness, the DoD still uses burn pits for most waste disposal.

In the early 2000s, when operations began in Afghanistan and Iraq, unregulated burn pits dotted the area and worker complaints about health conditions were summarily dismissed. The landscape changed in 2009, when in response to Congressional and public concerns about health risks, the DoD banned open-air pits at facilities with more than 100 personnel. Today, according to Col. Michael Lawhorn, there are no more burn pits in Afghanistan.

That is not the case in Iraq. When U.S. forces returned in late 2014, they brought burn pits with them. Indeed, according to a Government Accountability Office study, the DoD was not following its own rules regarding burn pit use. KBR, Inc., the largest burn pit operator, now faces a lawsuit in federal court from injured victims and their families. Dozens of similar cases have been consolidated with the action against KBR, and they are all pending in U.S. District Court for the District of Maryland.

42-year-old Sgt. First Class Fred Slape, who served two tours in Iraq and Afghanistan, died only eight weeks after doctors diagnosed him with advanced lung cancer. According to his widow, Sgt. Slape worker in the motor pool only a few feet away from open-air pits. Diane Slape said her husband described huge pits that burned anything and everything, and complaints to his supervisors about breathing problems fell on deaf ears.

As of November 2015, over 53,000 veterans had registered with Burn Pits 360, which the Veterans’ Administration set up to track related injuries.

A burn pit is exactly what the name implies: a large hole in the ground where refuse is deposited and set afire; copious amounts of jet and diesel fuel keep the flames burning. According to military personnel, some of the more commonly-burned items are:

The Veterans’ Administration found a link between burn pits and respiratory illness injuries in Iraq, in addition to gastrointestinal problems, cardiovascular issues, and other health concerns. 30% of participants in this study experienced some or all of these symptoms. Some of the more serious illnesses include:

Significantly, over a fifth of survey participants said they never had any symptoms until they were deployed.

The Defense Base Act provides cash benefits for private contractors who were injured in Afghanistan while working for the DoD or any other U.S. government agency; in some cases, foreign government employees who work in similar circumstances are also eligible for compensation. The DBA covers a wide range of economic damages, including:

In order to determine the amount of future lost wages and medical bills, an attorney often partners with an expert witness. It is important to spend as much time and effort as needed to present a reasonable figure because once the cases settle, the injured victims normally waive rights to any future claims based on that incident.

If benefits are not forthcoming voluntarily, a request is made for a Formal Hearing (a trial) in front of a Federal Administrative Law Judge (ALJ). After hearing the evidence, there is normally a considerable wait before the ALJ issues an opinion. That finding is also appealable. The case can also be settled at any time; the ALJ must approve the terms of the settlement.

Partner With an Experienced Attorney

DBA cases are a niche area, and order to obtain maximum compensation, it is important to deal with a lawyer who routinely handles these matters. If you or a loved one was a private contractor working overseas for the U.S. government, and suffered injury or death in any capacity, contact Barnett, Lerner, Karsen & Frankel, P.A. today.