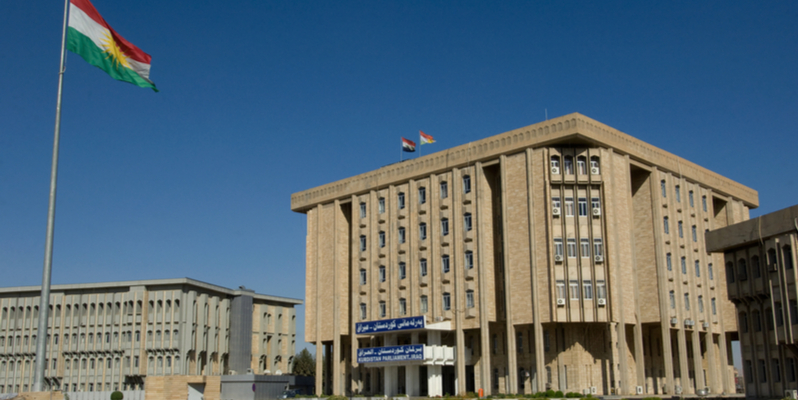 Political stalemate and the spreading coronavirus have made it difficult for Iraq’s leaders to agree on a new government.

This political turmoil comes at a time when the novel coronavirus threatens to strain the country’s fragile hospital system.

Most people would not compare quintessential conservative George W. Bush with quintessential liberal Woodrow Wilson. But in this context, their views were similar.

Wilson was president during World War I. He believed that if Kaiser Wilhelm was dethroned, postwar Germany would become a representative democracy because people yearn to be free. Things did not work out that way. Kaiser Wilhelm went into exile and the victorious Allies set up a German republic. But less than 20 years later, Adolph Hitler became Germanys’ new chancellor. He quickly set up one of the most brutal and nightmarish regimes the world has ever seen.

Bush believed basically the same thing. He apparently thought that once strongman Saddam Hussein was gone, the Iraqi’s natural desire for freedom would take over, and a representative democracy would take root.

Mustafa Al-Kadhimi is certainly no Hitler, and he is no Hussein either. The jury is still out on whether there will be democracy in Iraq.

What does all this have to do with physical rebuilding? A lot. No one has confidence in a government that cannot meet basic needs. So, until there are roads, schools, hospitals, and utility plants, no one will have confidence in a democratically elected government. The next strongman might be just around the corner.

Bitter experience has taught the United States that rebuilding nations like Iraq is at least as important as winning the war. That rebuilding must be both political and structural. Contractors cannot do much about the first part, but they play a significant role in the second part.

The aforementioned projects are huge. Stateside planners often come up with blueprints or general ideas. No one knows exactly what to expect until workers appear on the site. That is where contractors take over. Experienced construction managers breathe life into the project. They plan construction details and hire crews. Usually, the workers are locals instead of contractors. That way, the local population has a stake in the outcome. So, there is a better chance the project will be completed on time and under budget.

Furthermore, Iraq is still a war zone. Recent tensions with Iran and the spreading coronavirus have made the situation even more unstable. It is challenging enough to build a hospital in Boston. It is infinitely more difficult to build one in Baghdad. Only veteran overseas contractors have the relevant experience.

Construction workers are consistently one of the most often-injured occupational groups. These dangers are especially high in foreign countries. The nearest quality medical assistance might be on the other side of an international border. Furthermore, if there are any workplace safety laws on the books, inspectors rarely enforce them.

According to the Occupational Safety and Health Administration, the number of construction worker deaths could be slashed if attention focused on the Fatal Four, which are:

Occupational diseases are a problem on construction sites as well. Hearing loss is probably the most common issue. Over half of all construction workers in the United States have been exposed to hazardous noise levels. Most of these people did not have or use earplugs.

Repetitive stress disorders, liek joint or back pain, are also problematic. Many construction workers spend lots of time stretching, bending, kneeling, and stooping. Over time, these activities wear significantly on joints, especially if the victim has a pre-existing condition.

Back to the Drawing Board for New Iraqi Government - Barnett, Lerner, Karsen, Frankel & Castro