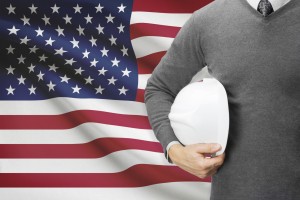 When you think about military personnel overseas, you would generally think of enlisted men and women, fighting for their country. While it can be easy to focus only on the combat side of the military, the truth is that the military employees serving overseas aren’t the only ones serving their country in foreign lands.  These persons, who are private contractors employed by the government, work on a wide breadth of jobs, ranging from translation to force protection. In fact, even though there has been some movement to reduce the number of troops and contractors stationed in Iraq and Afghanistan, the rate of deployment of private contractors has surpassed that of U.S. troops in support of the wars in Iraq or Afghanistan.

Even though most U.S. contractors are unlikely to get involved in direct military operations, due to U.S. legal restrictions on civilians engaging in combat, there is no arguing that they live in hazardous environments. According to data maintained by the Department of Labor (DOL), at least 103 contractors died in Afghanistan between October 2013 and September 2014. In addition, over 1,800 were injured to the point where they lost more than four days of work. With the decreasing military presence overseas, private contractors are performing a more vital role in government operations than ever before.

Logistics and Base Support

While it might seem natural to have military bases being run and operated by military personnel, one of the greatest benefits of the utilization of contractors is that the civilian contractors are able to take on the logistical work necessary to run the base, freeing up necessary military forces to complete any military operations that are necessary. Interestingly enough, a majority of contractors are employed in base support positions, with one study finding that approximately 13% of all contractors were working under base support positions in the second quarter of 2015.

While constructing roads, dams, and various types of military facilities can be dangerous work when done on U.S. soil, these jobs can be even more dangerous when performed in foreign countries. This is especially true when those jobs take place in hostile environments, where contractors not only have to worry about local, environmental hazards, such as earthquakes or heavy storms, but they may also have to worry about attack from enemy armies or terrorists. The role of construction, however, is still a necessary one, not only in providing for the U.S. forces, but also in preparing the surrounding environment.

Contractors are not only used for such non-combative roles as construction or base maintenance, however. They can also take part in assisting military forces through the maintenance of military vehicles, equipment and weapons, including, but not limited to:

While these occupations may carry with them the same risks of a domestic equivalent, contractor employed in maintenance positions provide a valuable service to the troops abroad.

As anyone can imagine, communication is vital in dealing with people. Just as the armed forces encounter a variety of languages and cultures, they also require people who can help them communicate with the surrounding peoples. In fact, linguist services are most needed in areas where troops are actively engaged, such as the Middle East and Central Asia. While there are two different types of linguist services, translation and interpretation, contractors can generally offer both services as part of the contract. Interestingly enough, while interpretation and translation sound like they would encompass the same kind of work, the two categories encompass a different aspect of linguistics. Interpretation covers spoken word, which requires quick thinking and familiarity with any particular dialects being used. Translators, on the other hand, work with written word, and must have excellent analytical and editing skills.

Even though contractors do not hold combative positions while overseas, they can support the military by providing security forces for various purposes. Military needs for security can range from requiring security guards to man airfields and bases, to providing bodyguard protection for key staff or for transportation of goods. One issue, however, that may arise from this is that such security forces may be seen as unlawful combatants, especially if offensive force is used in a war zone.

The Role of Private U.S. Contractors in Iraq and Afghanistan