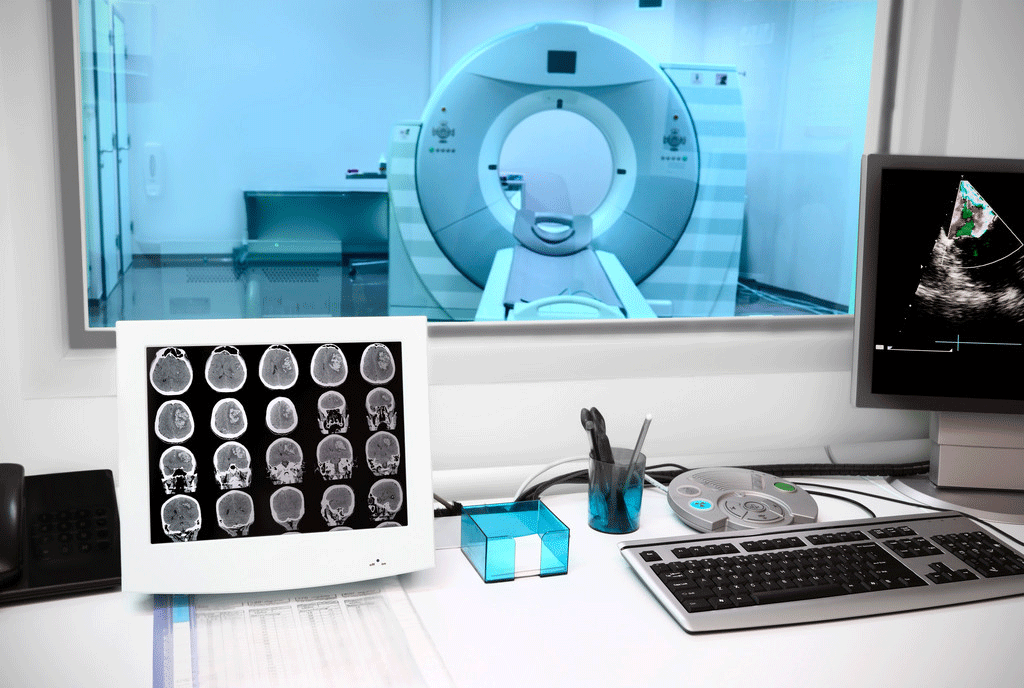 The Food and Drug Administration recently approved a head-mounted eye tracking device from SyncThink, a Boston-headquartered engineering firm. The EYE-SYNC uses virtual reality technology to measure and record impaired eye movements; its makers claim the device can accurately diagnose a concussion in as little as 60 seconds.

The device is essentially a pair of VR goggles linked to a tablet computer. The goggles use a moving point of light to ensure that the eyes are looking in the same direction, moving simultaneously, and able to follow movement. Prior to its approval, both Stanford Sports Medicine and the U.S. Army field-tested the EYE-SYNC. “In my opinion,” remarked Scott Anderson, Stanford University Sports Medicine’s director of athletic training, “the EYE-SYNC device has significant implications for sideline evaluation, and I can see in the future how this can be the diagnostic gold standard for sports related concussion with every pro, college, and high school team having one on the field.”

There are over 40 peer-reviewed articles which support the EYE-SYNC’s efficacy.

Using eye movements to determine the level of brain activity is not new. For decades, peace officers have used the horizontal gaze nystagmus test (a.k.a. the “look to the left” test) to help determine whether or not a motorist is intoxicated. Much like the VR eye-tracking device, administering officer look for involuntary eye movements. The theory behind the HGN test is that, if the brain is functioning normally, people’s eyes twitch if they look at an object, such as a fingertip or point of light, at greater than a 45-degree angle. But, if the person is intoxicated, that involuntary twitching occurs at less than a 45-degree angle.

If the same technique can be applied to brain injuries, which is apparently the case, the EYE-SYNC, and more importantly the science behind the device, may qualify as a significant breakthrough. As it stands, many practitioners must rely, at least in part, on a patient’s self-evaluation to diagnose a brain injury. The problem is that the brain is very adept at concealing injury, so even if people say they feel fine, they may have suffered a brain injury.

This disconnect between injury and symptoms is what prompted the National Football League to implement the concussion protocol. Despite a high-profile mishap last season – St. Louis (now Los Angeles) Rams’ quarterback Case Keenum suffered an in-game concussion but kept playing anyway – the league is committed to the procedure because self-reporting symptoms is simply not a reliable way to diagnose head injuries, even in part.

Several years ago, the Canadian military dispensed with the term “post-traumatic stress disorder” in favor of “operational stress injury” or OSI, an umbrella term that refers to a number of combat-related brain trauma injuries, including PTSD. In Canada, an OSI diagnosis qualifies a soldier for Canada’s Sacrifice Medal, which is the equivalent of a Purple Heart.

That change was based on a growing body of evidence that characterizes PTSD as a physical injury, as opposed to a “disorder” that is largely based on a pre-existing tendency to process emotions in an unusual or dangerous fashion. Combat stress erodes the amygdala, which is the area of the brain which processes emotions. If this region is weakened, victims are prone to symptoms like:

These symptoms are quite normal in the short term, but if they persist for more than a month or recur to the point that they routinely affect daily activities, there is often a much more serious problem.

The Defense Base Act provides cash benefits to contractors who sustain either a highly visible injury, like a broken bone, or a less-than-visible one, like a brain injury.

To qualify, the injured contractor must be employed in some way that advances U.S. interests; typically, that means working for the U.S. military, for certain sympathetic foreign governments, or for a construction or other infrastructure company. The injured victim must be working in pursuant to a contract with the US Government.

Typically, the insurance company pays medical providers directly, and the injured victim never sees a bill. Furthermore, the individual is not responsible for any overages. Injured victims may choose their own doctors under the DBA, in most cases.