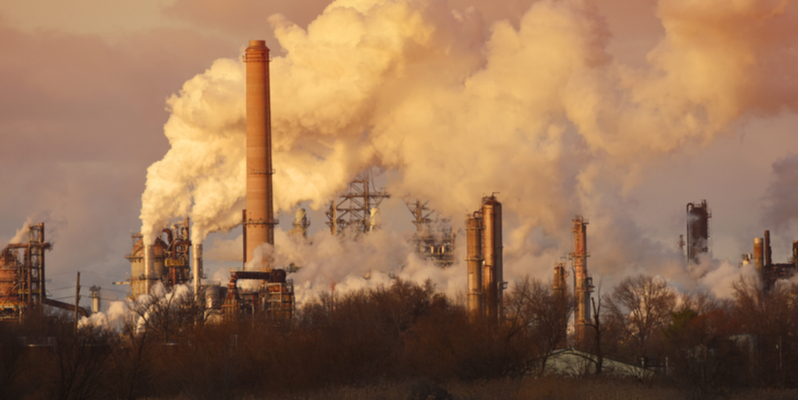 The sprawling Baiji Refinery in central Iraq should be refining about 300,000 barrels of oil a day while employing hundreds of people in this war-torn country. But instead, it is almost completely idle.

In 2015, an ISIS attack significantly damaged this facility. A subsequent military operation drove ISIS forces away, but caused even more damage. Of the plant’s three major components, only one has been rebuilt, and it is still offline. The government estimates that Baiji’s reconstruction will be complete by 2023, although no date has been set for a resumption of activities.

These problems are relatively widespread. The Kalak Refinery, once one of the nation’s largest, is currently operating at about 25% capacity due to physical damage and decreased demand.

Iraq: What is Happening Now

Just when it looked like Iraq, a country which has experienced near constant war and instability since the 1980s, was about to turn the corner, a series of unfortunate events has the country back against the ropes.

In 2018, ISIS had lost almost all its territory in Iraq and the people placed a new, independent-minded government into power.

Then, sporadic protests against government corruption began in Najaf and Baghdad. These protests quickly intensified and spread to other parts of the country. In 2019, fighting between Kata’ib Hezbollah, an Iran-affiliated militia, and the United States and Iraq intensified. An American contractor was killed in a rocket attack and a Shiite militia group attacked the U.S. embassy in Baghdad. Then, a few months later, a U.S. drone strike killed not only Qasem Soleimani, the second most powerful man in Iran, but also a number of Iraqi army officers.

Due to the protests and violence, Prime Minister Adel Abdul Mahdi and his entire cabinet resigned. A series of prime minister-designates were unable to fill the power vacuum.

As if all these things were not bad enough, the coronavirus outbreak created a public health crisis at home and depressed worldwide demand for petroleum. Iraq’s fragile infrastructure could not effectively handle these issues.

Now, it appears that the worst of the coronavirus pandemic might be over. And, U.S. sympathizer Mustafa Al-Kadhimi became prime minister in May 2020. So, things might be looking up again.

Now that the situation in Iraq has stabilized at least for the moment, rebuilding can begin again in earnest. Bitter experience in Southwest Asia, beginning with Afghanistan in 1989, has taught the United States that winning the peace is at least as important as winning the war. Without effective rebuilding, it is impossible to win the peace.

Oil refineries are a good example. Petroleum comprises about 80% of Iraq’s economy. Refineries mean local jobs and export funds. Without these things, even a war-weary people like the Iraqis are prime targets for Islamic militants trying to recruit new members.

Other key areas include roads and bridges, schools, hospitals, and power plants. Until these infrastructure items are in place, many refugees will not return home. That return is the best way, and sometimes the only way, to return an area to a state of normalcy.

Typically, plans for the aforementioned projects, such as hospitals and power plants, are drawn up in foreign countries, often in the United States. Locals handle most of the labor. That arrangement pumps money into the local economy, thus stabilizing the situation. Plus, if locals feel invested in the project, they are less likely to provide aid and comfort to groups trying to disrupt the work.

That model leaves onsite supervisors and managers. Typically, contractors fill these jobs. They have the necessary expertise. Frequently, these contractors are also either foreign nationals or people with extensive experience in-country. That means a lower language barrier as well as a lower cultural barrier.

Armed contractors must play a part as well. Workers will not contribute their labor if they feel unsafe, and an attack or sabotage could delay the project’s completion by many months or even more. Armed contractors provide security, mostly by providing a deterrence. The mere presence of armed contractors is often enough to thwart many militants’ plans.

If armed or unarmed contractors are hurt in Iraq or another foreign country, the Defense Base Act takes care of all reasonably necessary medical expenses.

Most people think of hospital bills when they think of injury-related medical expenses. In many cases, hospitalization is one of the lowest costs. Generally, due to the lack of healthcare infrastructure, job injury victims are airlifted to a facility in Saudi Arabia, Kuwait, or another friendly Gulf Coast nation. That one flight could cost at least $50,000. Furthermore, after they are discharged, many contractors must go through several months or years of physical therapy. That is especially true if they sustain brain injuries. Once again, this total could be mind-boggling.

DBA benefits are available for all these costs, which many health insurance companies consider uncovered ancillary expenses.

If liability is reasonably clear, the DBA insurance company has a duty to settle the matter within a few weeks. However, many claims drag on past this point. If that happens, an attorney usually sends a letter of protection to a medical provider. Since this letter guarantees payment when the case is resolved, the victim pays nothing upfront for medical care.